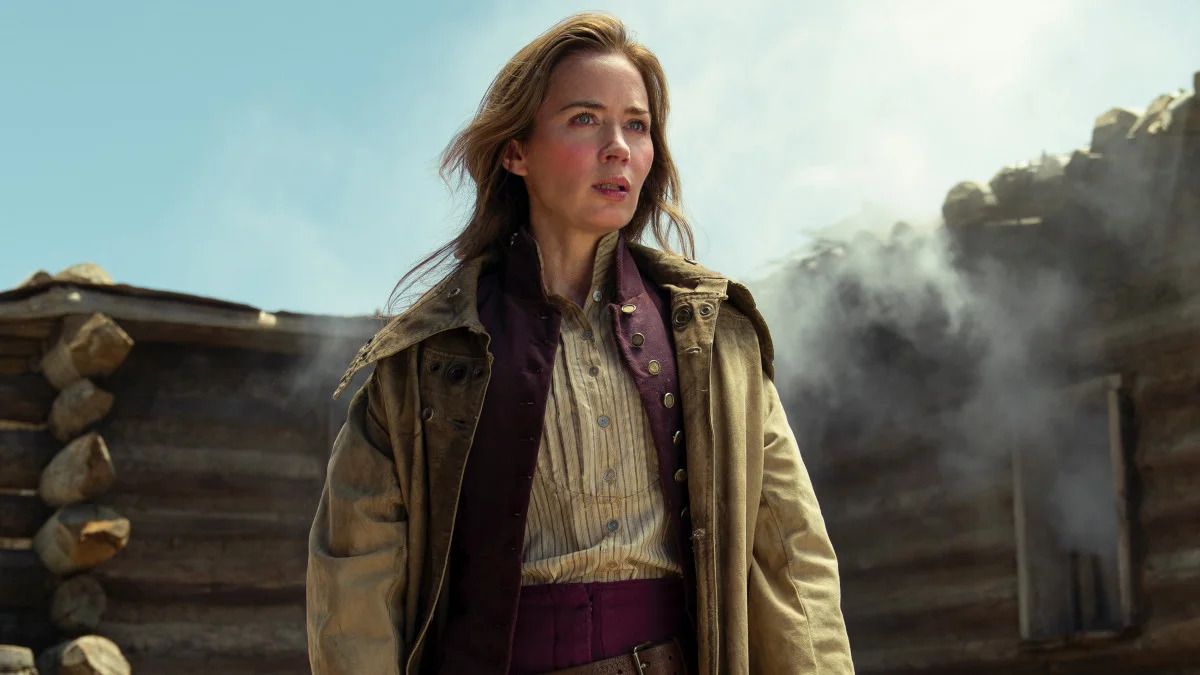 We’re currently in that awkward transition period between Halloween and Christmas (for those who celebrate both holidays), which means all the entertainment giants are gearing up, but not quite, to release their festive content.

However, Netflix has decided to overtake other top streaming services by releasing its first big Christmas movie of the year: the romantic comedy Falling for Christmas starring Lindsay Lohan. You can bet the lowest dollar that the next six weeks of recommendations will be dominated by glamorous new movies and TV shows, so enjoy the relative calm before the storm while you can.

Below, we’ve rounded up seven of the biggest new streamers coming to the likes of Netflix, Prime Video, and HBO Max in the next few days.

Netflix’s hugely popular royal series, The Crown, returned for its fifth (but not quite) season on November 9.

Set during the most tumultuous period in the recent history of the royal family, Season 5 of The Crown follows the well-publicized end of Charles and Diana’s marriage, John Major’s time as Prime Minister, and the Queen’s annus horribilis in 1992. Imelda Staunton (Harry Potter) inherits the role of the late Queen Elizabeth II from Olivia Colman, while Jonathan Pryce, Dominic West and Elizabeth Debicki join the cast as Philip, Charles and Diana respectively.

Critics are divided on how well – or rather sensitively – the final season of The Crown portrays history’s most controversial moments. However, despite its flaws, this royal thriller seems to be one of Netflix’s best shows.

The folks at Amazon Studios don’t get enough praise for delivering consistently original new movies and TV shows, and Prime Video gets another quirky series this weekend in English.

Co-produced with the BBC, this six-episode western – set on the American frontier in the 1890s – centers on a woman seeking revenge against the man she believes is responsible for her son’s death. Emily Blunt leads the series along with Chaske Spencer, with Rafe Spall, Toby Jones, Ciaran Hinds, Stephen Rea and Tom Hughes in supporting roles.

Critics praise the English – and for various reasons. From “a rare, sensational masterpiece” to “a pure, delicious American cheese”, the verdicts were mixed but unanimously positive. We will no doubt be adding this one to our list best prime video series soon.

Falling in Love with Christmas (Netflix)

And so the holiday entertainment season kicks off with Falling for Christmas on Netflix.

Starring Lindsay Lohan (Mean Girls), it new Netflix movie follows a newly engaged, spoiled hotel heiress whose life is turned upside down when she suffers an amnesia-inducing skiing accident in the days leading up to the world’s most important vacation.

Okay, that synopsis sounds a bit dreary – but Falling for Christmas looks just as kitschy as the Christmas movies. This also seems to be the critical consensus; reviewers call it a low-budget but mindlessly enjoyable holiday drama that does little to change the tried-and-tested formula of a romantic comedy.

The Late Late Show host James Corden trades one restaurant drama for another this weekend with Mammals on Prime Video (thank you, we’re proud of it).

In this six-part comedy-drama from award-winning screenwriter Jez Butterworth (Jerusalem), Corden stars as Jamie, a Michelin-starred chef whose sanity is put to the test when he discovers that his wife Amandine (Melia Kreiling) is having multiple affairs with other men. Also starring are Sally Hawkins, Colin Morgan and, uhm, Tom Jones (?).

Critics praised Corden for his impressively nuanced performance in Mammals, so we recommend trying the show before judging his admittedly divisive main character.

One of best Apple TV showsMythic Quest returns with its third season this weekend.

In new episodes of the hit comedy at the workplace of video game developers, Ian (Rob McElhenney) and Poppy (Charlotte Nicdao) work on a brand new game in GrimPop, while in Mythic Quest, new boss David tries to keep things together. Community star Danny Pudi also returns to the fray as Brad.

Now available to stream on Apple TV Plus.

Just in time for the 2022 FIFA World Cup to kick off, Netflix saw fit to remind football fans of the controversial (and downright immoral) deals that gave hosts Qatar ownership of this year’s tournament.

This four-episode series explores the influence of corrupt bureaucrats and selfish FIFA bosses on world football, using archival footage and interviews with responsible parties – including public enemy number one Sepp Blatter – to paint a damning picture of football’s dirty underbelly.

Critics have called FIFA Uncovered “nauseatingly exciting” and “like a particularly repulsive crime series”, so it sounds like a fight for a spot on our list best Netflix documentaries.

Hosted by Schitt’s Creek star Dan Levy – who, by the way, recently joined the cast Sex education season 4 – this eight-episode show tasks ten talented chefs with a creative take on everyone’s favorite meal between meals: brunch. As you might expect, this is a contest, and the winner can take home a whopping $300,000 (think how many eggs that could buy!).

The first three episodes of The Big Brunch are now available to stream on HBO Max, with the remaining five episodes scheduled to air weekly over the next two Thursdays (in batches of three and two, respectively).